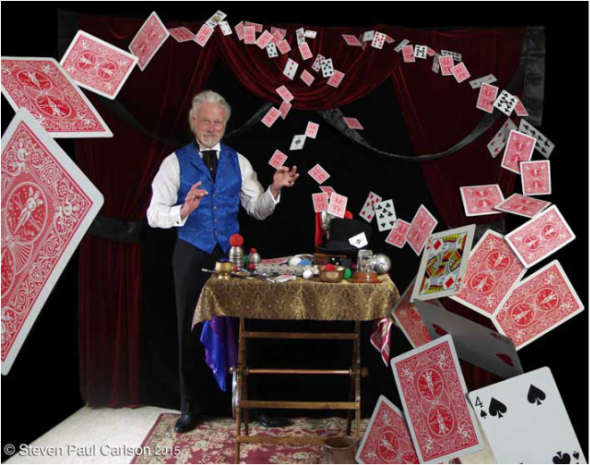 Dancing with the Queen of Hearts – Steven Carlson

The Queen of Hearts, with her charismatic charm, completely enthralls her eight suitors.

Originally I wrote a little story, about a princess, to fit the magical effect of this card trick.

Personally, I loved the story, but after years of performing and testing I found music to be the best accompaniment. I truly hope you enjoy!